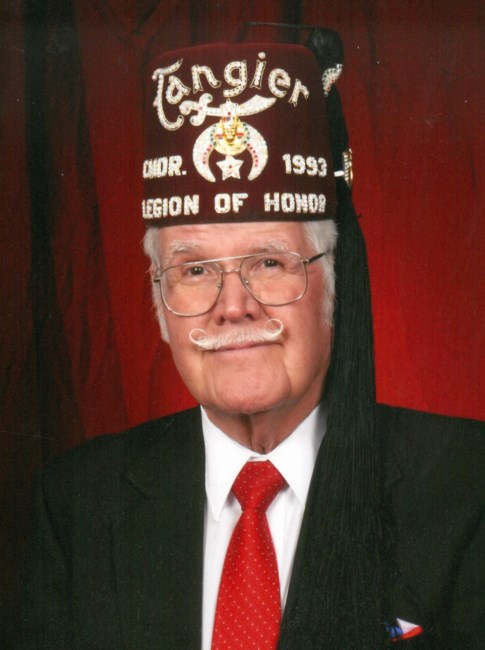 Russell Edward Lambert was born to Alfred and Maude Lambert of Omaha, Nebraska on June 28, 1932.

He began working at the Omaha World Herald when he was a teenager where he retired in 1996 after 49 years of employment, as a Pressman. He was honored to be asked to run the Ceremonial Press Start, Final Metro Edition, saying farewell to the Historic Goss presses while welcoming the technology changes at the Freedom Center in 2001.

In 1953 he married Christine Anne Braband and lived in Omaha, Nebraska. In 1956, Russ was drafted into the U.S. Army and stationed in Germany for two years. It was there where they adopted their first son, Jeffrey. In 1958, they returned home and soon adopted their second son, Michael. In 1962, they adopted their first daughter, Judy and two years later adopted two year old, Paula. On their 18th anniversary, August 13, 1971, the family moved from Omaha to Valley, Nebraska. Christine, the local beloved Avon Lady, passed away on November 30, 1998.

Russ was a very active over the past many years as a member of the Shiloh Masonic Lodge No. 327 in Omaha in which he was Master in 1992, member of the Tangier Shrine Center where he belonged to the Legion of Honor Unit and was Commander in 1993. He served in several capacities such as Trustee, Personal Aide, Chief Aide, and was involved in many other clubs within the Tangier Shrine. He was also a member of The American Legion in Valley, Nebraska, Veterans of Foreign Wars (Life Member) Post 3421 in Omaha, NE. He was very active in participating in parades and was always honored to be in the Color Guard, especially carrying the United States flag.

Russ also donated many units of blood and then gave platelets for many years. He was in a league of his own when he was the first in the Region to reach 500 apheresis donations in 2003. The "Russell Lambert Achievement Award" was created and now anyone who reaches that milestone receives the award in his name. He gave over 1000 apheresis donations and was featured as the highest donor in the region in 2017.

Russ also donated many hours advocating for the Shriner Hospital, Served on the Omaha Home for Boys Board of Directors as Trustee (1997-2015), helped organize many blood drives, and helped with numerous United Way Campaigns. Russ was well known for his sarcastic humor and had many friends. He enjoyed organizing parties to get comrades together, whether it be retirement celebrations or convention hospitality rooms. He had a special heart for helping those who needed it in any possible way he could. Russ always spoke how much he missed Christine and how much fun they had camping, dancing and traveling.

Russ is preceded in death by his wife, Christine Lambert, and son, Jeffrey.

In lieu of flowers please make charitable donations payable to: The Tangier Shrine Center, "Hospitals for Children Transportation fund" at 2823 S. 84th Street, Omaha, NE 68124 or to the philanthropy of your choice in his name.

Mike, Judy, Paula and Family,
I’m so sorry to hear of your fathers passing. So many wonderful childhood memories of our family’s getting together when our dads (Ron Holman) worked together at The World Herald. My deepest sympathy, love and prayers to your family. Ronda (Holman) Loon

Russ and I started donating platelets about the same time over 30 years ago. Best part of the annual awards dinner was him being brought to the stage as the top donor. Standing ovation for a wonderful man and a stand up guy. God Bless you Russ.

I worked for the Shriners for 15 years I am so blessed that I got to know Russ. I always enjoyed our conversations and I learned a lot from him. In the past few months I recently inquired about him and if he was still living in Nebraska. I was told he was with his family in Oklahoma. I have such fond memories of him. He always made me smile and laugh. I am so blessed to have known him. My sympathies to your family God bless you.
Monica Bruns
Lounge manager at Tangier.

My prayers and condolences to the family, May fond memories and God’s loving words carry you through and beyond this difficult time of mourning. Isaiah 57:15

The attached photos are added to the memorial of Russell E. Lambert to help share their legacy.

Thank you for sharing your memory of Russell